Drive RegTech Innovation that Will Change the Game 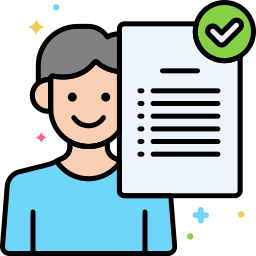 “Everyone has the right to be recognized as a person before the law,” says Article 6 of the Universal Declaration of Human Rights. However, almost one-fifth of the world’s population (1.8 billion people) lacks a legal identity. This keeps them out of contemporary society, denying them access to healthcare, education, shelter, and justice, among other things.

Existing KYC systems are inefficient; they include a time-consuming, costly procedure in which particular documents are presented and a background check or verification is performed. It takes 32 days to complete KYC checks, according to data by Thomson Reuters, a renowned corporate brand. In addition, large financial institutions spend between $900 million and $1.3 billion every year on compliance-related activities. This is due to the fact that we lack a digital identity. Identity theft is another disadvantage of not having a digital identity. Every year, millions of people become victims of identity theft; the number was 15.4 million last year.

These worrying statistics highlight the importance of digital identification in modernizing identity management. We believe that blockchain has the potential to improve the KYC paradigm and make it more accessible to everyone. As a result, we’ve taken use of blockchain’s potential to create a blockchain-enabled KYC solution that makes it easier to create, monitor, and preserve digital identities while also making them more efficient, user-friendly, safe, and less vulnerable to fraud. It’s available as a white label solution, which means it can be simply modified to meet your company’s demands and released under your own brand. Make the most of our turnkey KYC solution to propel game-changing RegTech innovation.

The Benefits of Our KYC Blockchain Solution

Our turnkey KYC solution is supplemented with industry-leading capabilities to speed the KYC process and manage the whole user lifespan.

The OCR translates scanned paper documents (driver’s licenses, voter IDs, passports, and other forms of identification) submitted by users into machine-readable text, which is subsequently registered on the blockchain, resulting in a user’s digital identity.

Address based on Ethereum

The Ethereum blockchain stores any text information associated with a user. The Ethereum address acts as a unique user identification, making it simple to find, access, and exchange information about users.

Users can submit image files to the IPFS (Interplanetary File System) location. It’s an unique peer-to-peer file-sharing technology that speeds up and simplifies the process of sharing user data around the world.

The platform’s security paradigm is enhanced by several distinct digital signatures, which allow the exchange of user data only when the request for information is accepted by authorized signers (a user and platform owner).

Share your users’ verified information with financial institutions and companies looking for it, and you’ll be rewarded. Every share gives you and your customers the opportunity to win big incentives.

Talk to Our Experts

You are always welcome to have a friendly chat with us to discuss your business needs. We also offer free consultation catering to your business requirements.

Please fill in the details below to get in touch with one of our experts.